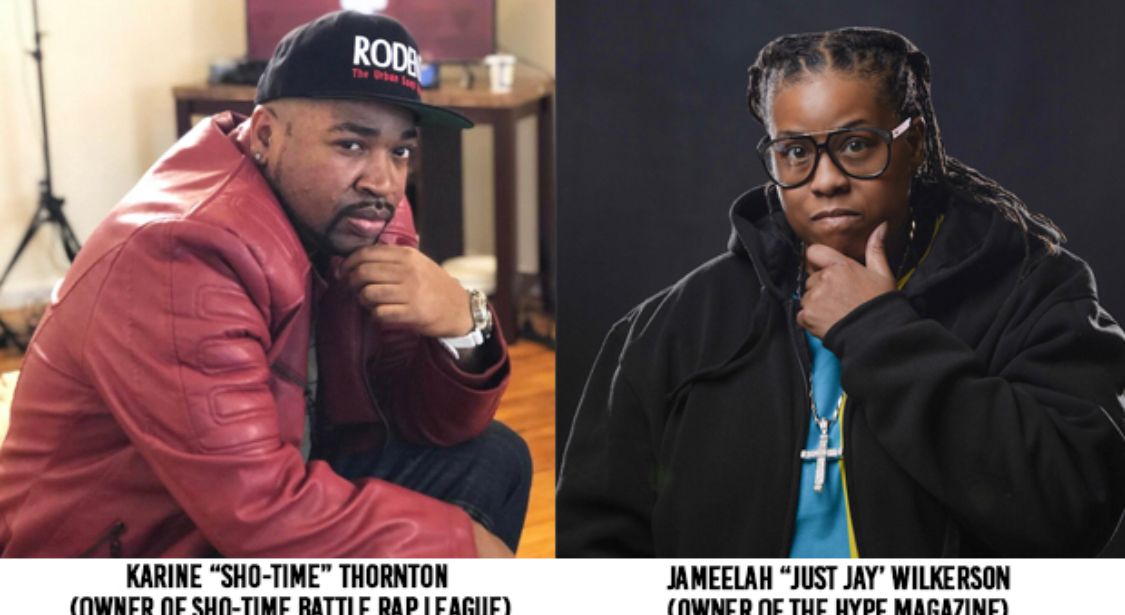 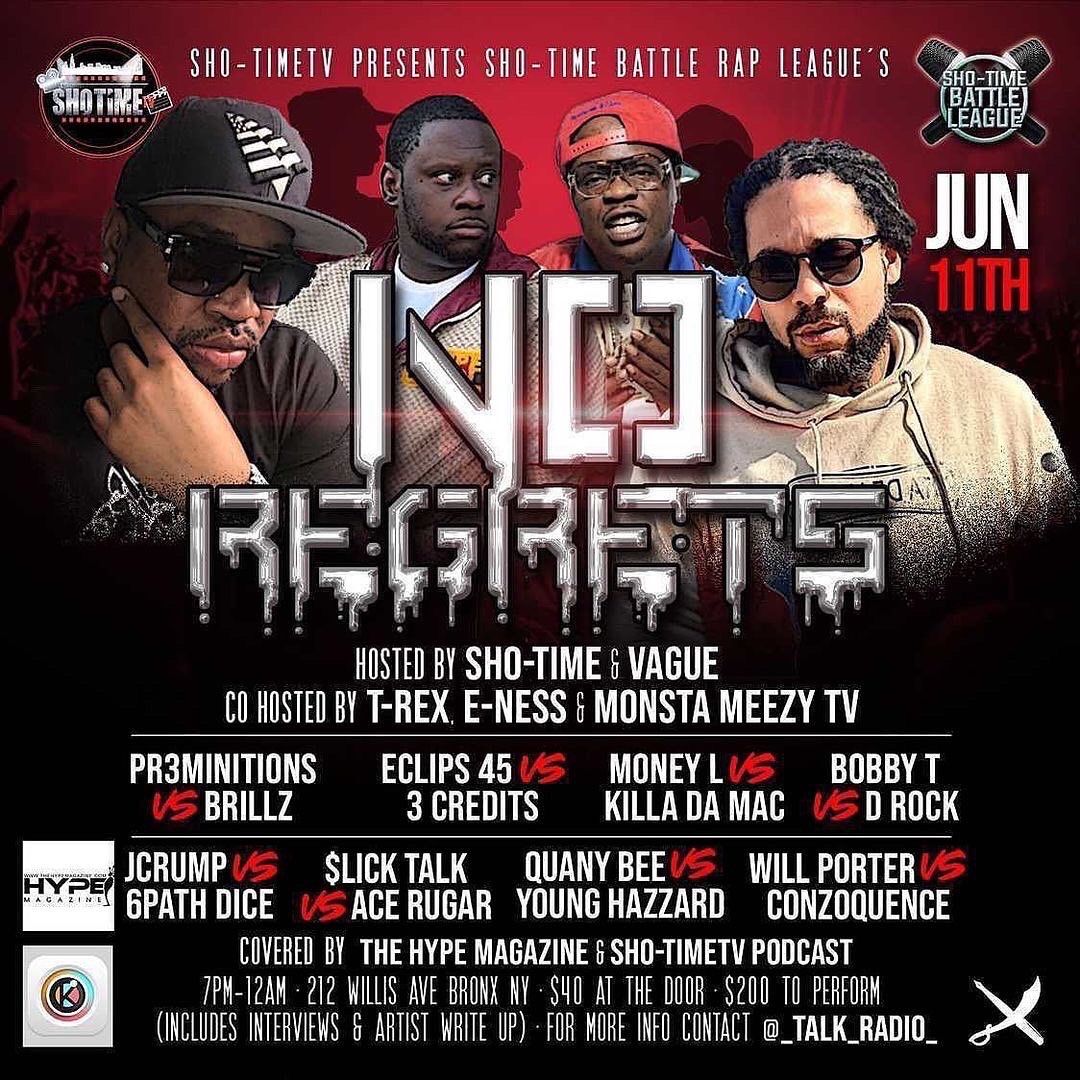 Yo, if you missed the Star Studded Sho-Time Battle Rap League Presents……. “No Regrets” showcase, which was held in the Bronx on June 11th, you missed out! The epic rap battle was hosted by Karine “Sho-Time” Thornton, Vague, T-Rex, E Ness, K Shine, Head I.C.E. and co hosted by Montsa Meezy Tv. The match-ups were crazy, and featured Pr3monitions vs. Brillz, Eclips 45 vs. 3 credits, Ace Rugar vs. Slick Talk, 6 Path Dice vs. J Crump, and Killa Da Mac vs. Money L. The “No Regrets” event was sponsored by The Hype Magazine (Jameelah Wilkerson) and the Kandiid app.  The Rap Battle is the follow up to the “Sorry 4 the Wait” event that was a huge success just months prior. The Stars definitely came thru with performances by “Lady Ace”, “Distruck”, “Yondo”, and “Cartel Remedy”. 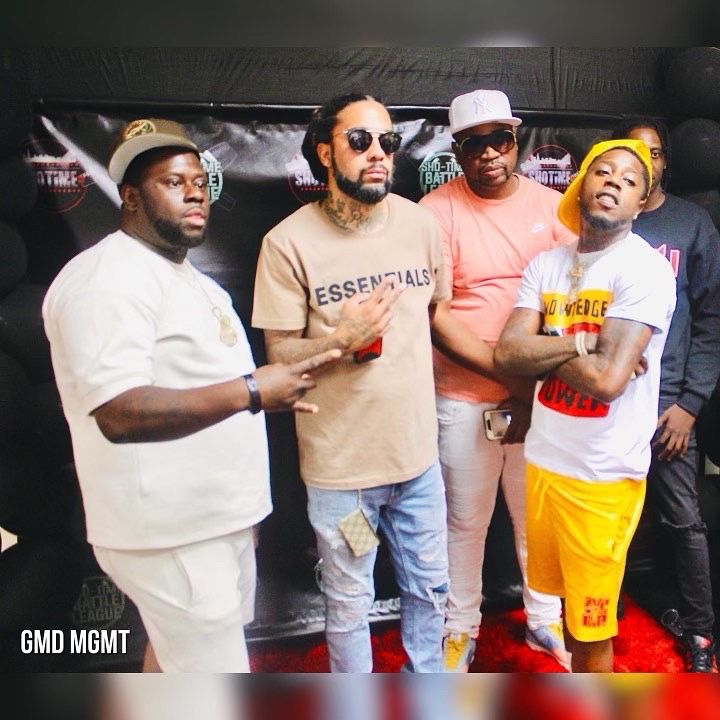 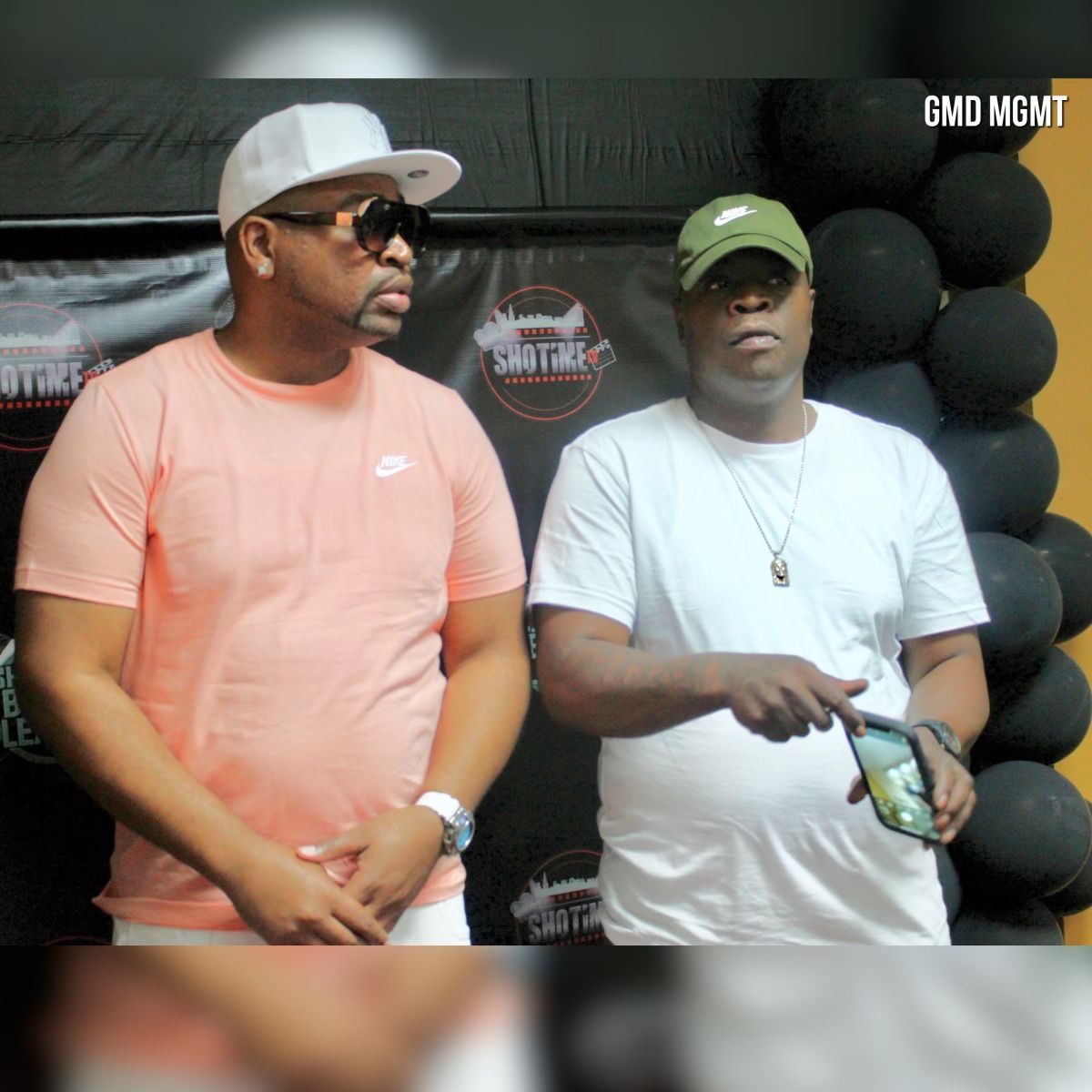 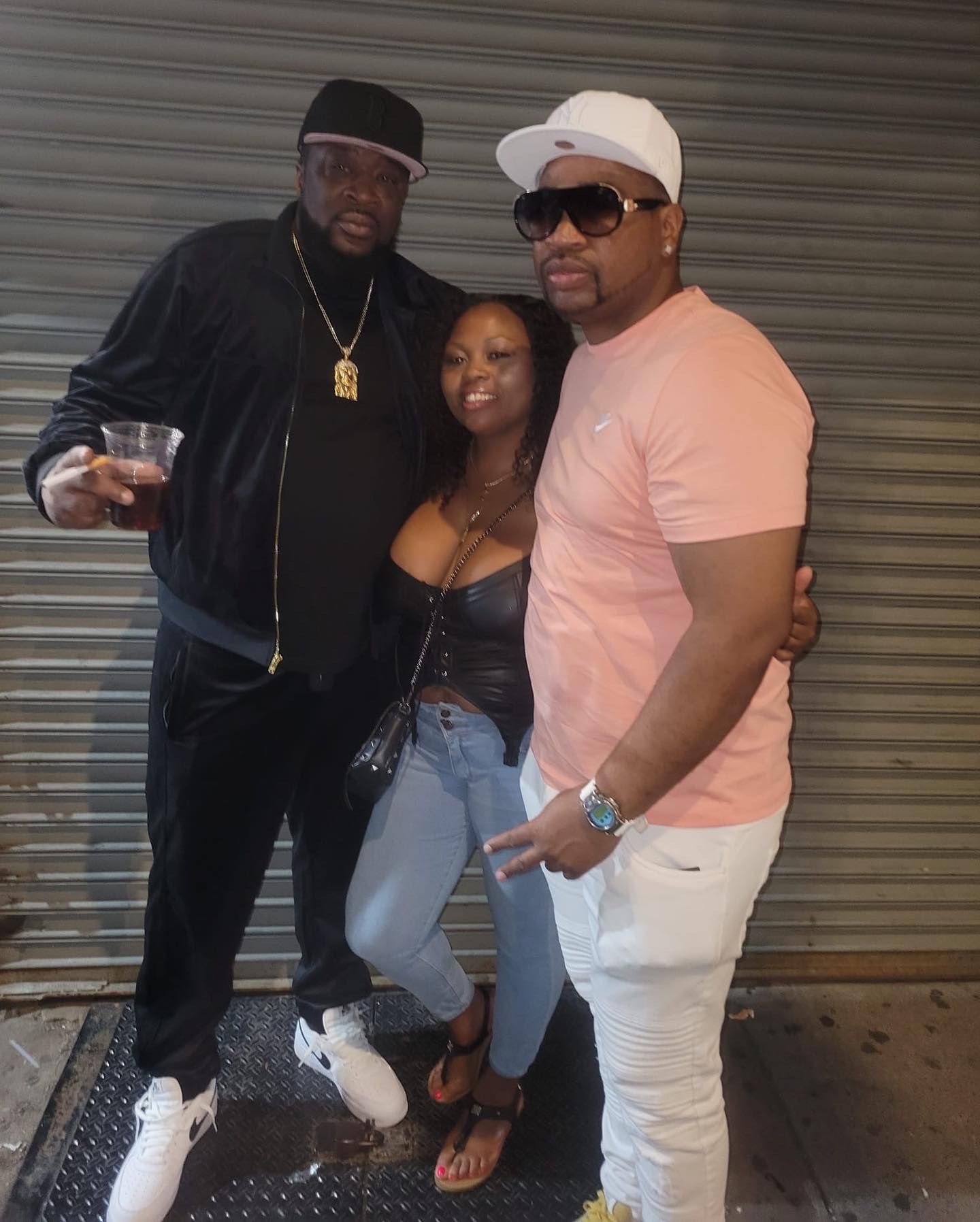